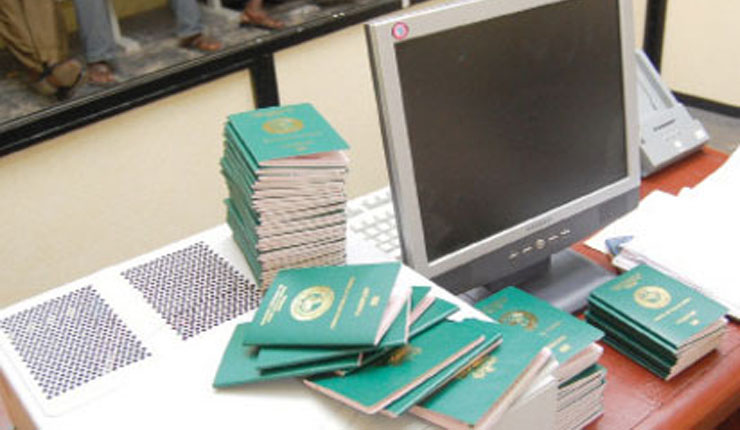 THE recent scarcity of Nigerian International Passport booklets across the country has subjected many intending travellers to untold hardship.

The experience of a United Kingdom-based Nigerian citizen who came home to renew his expired passport and ended up spending over three months in a hotel waiting for the document, illustrates what most applicants went through.

The Nigerian Immigration Service(NIS) blamed the situation on the foreign exchange rate differentials between the time the contract for its production was awarded by the last administration and the present dispensation. The high exchange rate which expectedly impacted on the cost of production, was another reason for the scarcity. Some Immigration officials engage in passport racketeering  through syndicates, thereby creating artificial shortages.

The Nigerian International Passport is a right of every citizen. The booklet is Nigeria’s identity in foreign countries across the world. Only a negligible percentage of the  population demand for it .  NIS is the only statutory agency of the Federal Government charged with the responsibility of producing the document and making it available on demand, thus, there is no excuse for its unavailability at any point in time. The development was a reflection of government’s commitment to important issues of entry and exit from the  country.

The Federal Government appeared nonchalant in its response to request for upward review of the contract signed with the last administration due to the Naira depreciation. Iris Smart Technology Nigeria Limited(ISLT), the sole supplier of  the Nigerian Passport made the request last year but nothing was done until the NIS ran out of supply. Government’s disapproval of a demand for  hike in the cost of obtaining the travel document which the NIS made in March  2016 also helped make the scarcity inevitable.

A similar request by ISTL was declined. The company’s stoppage of supply since the middle of last year  compounded the situation. Nigerians need not go through harrowing experience before they obtain their country’s international passport. It should be a seamless process. That applicants from neighbouring South South and South East states  traveled to the Calabar Command of the NIS at the height of the scarcity to obtain passport is unacceptable. We appreciate the fact that normalcy is now restored to the entire process. Government is a continuum and successive administrations should be committed to important contractual obligations of its predecessor, especially when it concerns sensitive issue like our passport.

If local resources are well harnessed, Nigeria has the capacity to produce the booklets locally without compromising its international standard and quality. It is noteworthy that the authorities are already considering that option especially when the 10-year contract signed with the Malaysia-based ISTL in 2007 expires this month.

We call on the Federal Government to extend the passport life span to 10 years as it is the case in most countries.